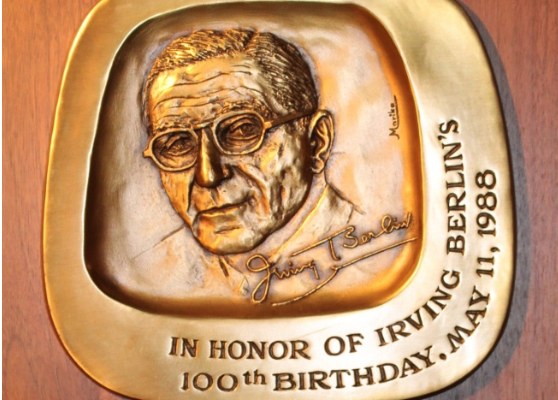 The Virginia Holocaust Museum is proud to be the permanent home of the Jewish-American Hall of Fame exhibit. Over 50 Jewish American men and women ― who have made important contributions in all fields of endeavor ― have been inducted since 1969. The large artistic plaques have been created by outstanding sculptors, many of whom have won the American Numismatic Society’s J. Sanford Saltus Award for Outstanding Achievement in the Art of the Medal and/or the American Numismatic Association’s Numismatic Art Award for Excellence in Medallic Sculpture. As people gaze on the portraits of Albert Einstein, George Gershwin, Ruth Bader Ginsburg, Joseph Pulitzer, Dr. Jonas Salk, et al, it is hoped that visitors will reflect on what contributions to humanity might have been made by the six million Jews (and their descendents) whose lives were viciously taken in the Holocaust.

There are Jewish-American Hall of Fame honorees in Business, Entertainment, Literature, Medicine, Military, Music, Public Service, Religion, Science, Social Welfare, and Sports. In addition to the famous names, visitors will discover relatively unknowns like Gertrude Elion, whose medical research has saved millions of lives around the world ― and earned her a Nobel Prize in Medicine; Asser Levy, one of the first Jewish settlers in America, who fought anti-Semitism and sued for the right to bear arms in the citizens’ guards; Ernestine Rose, pioneer fighter for Women’s Rights; and “Rosie” Rosenthal, World War II Flying “Ace”.

For further information about the Jewish-American Hall of Fame, you can visit www.amuseum.org.

Your ticket for the: Jewish-American Hall of Fame