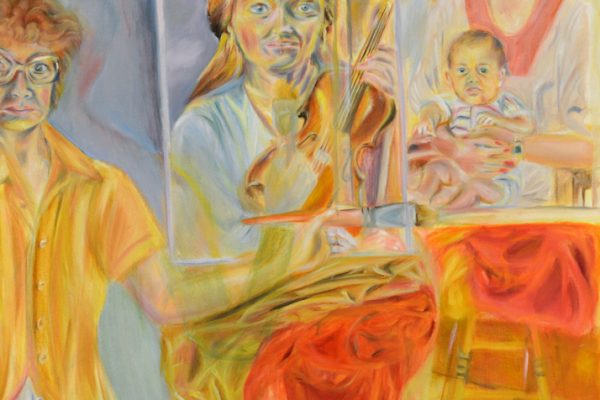 A selection of artwork from artist and Holocaust survivor Margot Blank will be on display at the VHM. Blank, originally from Germany, was deported to two camps in France before escaping with the help of resistance groups. She spent the remainder of the war helping children who had been rescued by the Oeuvre de Secours Aux Enfants, a children’s aid society. After the war, Blank moved to the States where she studied art. She later moved to Richmond with her husband and became involved in the local art scene. Blank’s work—which includes paintings, sketches, photography, and mixed media pieces—uses bright, vibrant colors to depict her life in the States. Her portraits and landscapes reflect everyday moments of her life after the Holocaust. Her work will be on display through February 2nd.

Your ticket for the: Margot Blank Paintings