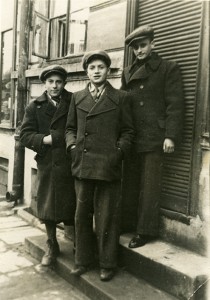 Born in Kolo, Poland in 1920, Alan Zimm could not have imagined that his hometown would one day lie near Chelmno, the site where the Nazis first experimented with the use of poison gas to exterminate Jews. At the beginning of World War II, Alan was 17 and worked as a tailor. The Nazis overran his town the day before World War II erupted, and the persecution of Jewish residents started almost immediately.

Transported to the Lodz Ghetto where he worked as a food distributor, Alan was able to remain better nourished than most. As a result, he was eventually selected to be sent to Buchenwald where he worked in a munitions factory. He stayed there for a brief period before being shipped to Dora-Mittelbau where as a slave laborer, he worked on the V1 and V2 rockets that would be used against Great Britain. After a year, he was transported to Bergen- Belsen due to the rapid advance of the Soviet Army. He had been in Bergen- Belsen for only a week when the British liberated the camp. Out of his six brothers and three sisters, only Alan and his older brother Solomon survived the Holocaust.

Alan owned and worked in his tailor shop in Richmond until his passing. He was married to Halina, who is also a Holocaust survivor.

Born in Poland in 1924, Alan Zimm and his brother Sol, were the sole survivors of the Holocaust in their family. Through luck, calculated decisions and shere willpower, Alan made it through ghettos and a concentration work camp to ultimately be rescued by the English in 1945, one month prior to V-E Day. Our seventh grader, Matthew, provides a concise and compelling view of Alan Zimm’s experience and determination during the Holocaust. Alan Zimm recently passed away after testing positive for COVID-19. This episode is dedicated to his life and memory. 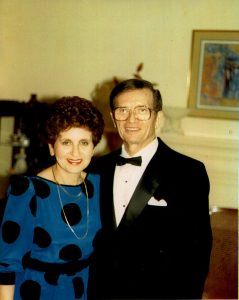 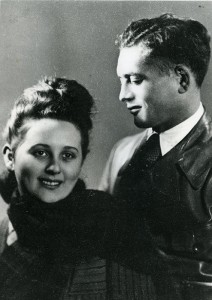 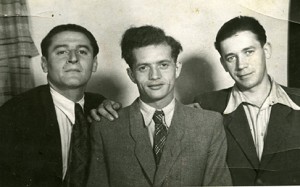 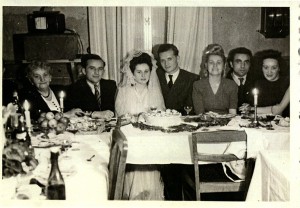 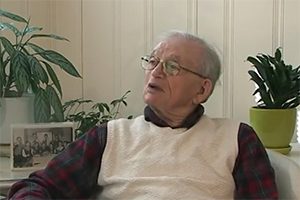 Your ticket for the: Alan Zimm