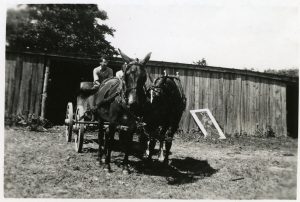 George Landecker was born on October 1, 1918 in Nordenberg, Germany. In May 1936, when George was 17, he began agricultural training at Gross Breesen. He left in October 1937 to work on a sheep farm in southern Germany. On November 9, 1938, while visiting Frankfurt, George was arrested and sent to Buchenwald. Because of his connections to Gross Breesen, George gained his freedom on January 1939 along with other Gross Breesen students and staff who had been sent to Buchenwald. In 1940 George obtained a visa to migrate to the United States to work on Hyde Farmlands. He worked there from February 1940 through August 1941.

In 1942 George joined the U.S. Army and returned to Europe with his unit. He remained there after the end of the war working to help set up a new government in Bad Mergentheim, Germany. He was discharged in 1946, returning to the States and his wife Jessie McPeters, who he had married in 1943. Soon after, George took up work as a dairy farmer in Remsen, New York, working there for 34 years.

George Landecker is a happy, kind, bald, slow speaking, gentle 84 year old man wearing a white and blue striped shirt. Prior to WW2, George had a pretty good life living with a middle class family in a decent sized home. Despite his father thinking “he was more of a German than a Jew,” this all changed in 1939 at the onset of the war. In this episode, our seventh grade student, Sam, reveals how George’s life was thrown into chaos. 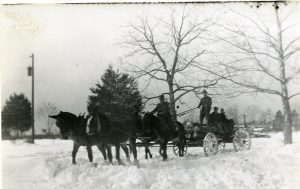 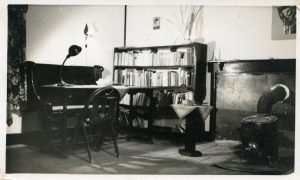 Your ticket for the: George Landecker