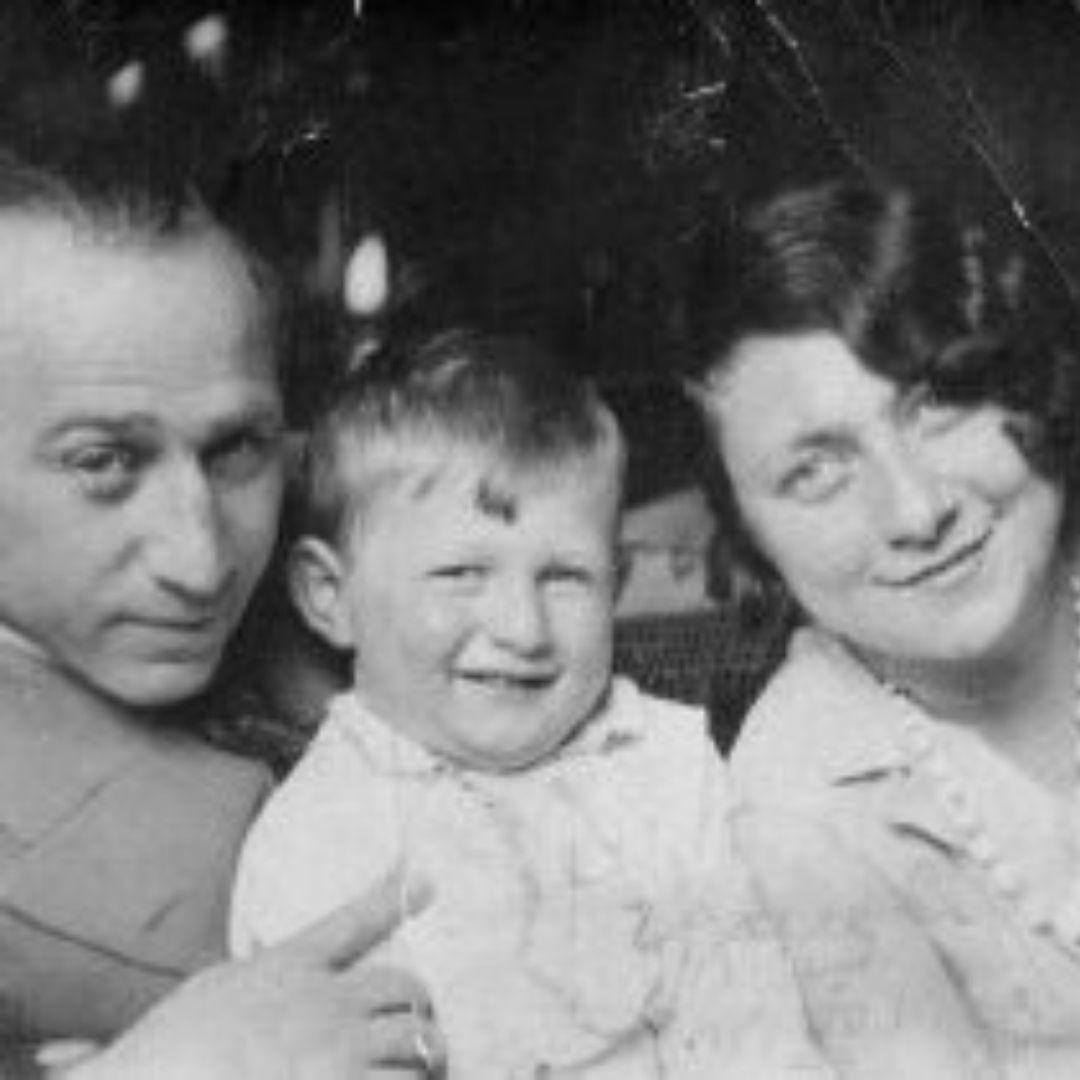 After the invasion, Jews were required to wear the Star of David, and Mark remembers Jews being beaten to death in the streets. Joseph Strauss worked for the Wehrmacht which offered a modicum of protection. When the Germans began rounding up Jews, the Strauss family hid in the attic of their apartment building. From the attic, Mark watched as his grandparents were taken away. He never saw them again.

In the summer of 1942, the Lvov Ghetto was created. Whenever there was a rumor of selection for deportation, Mark and his mother hid in a hole dug by Joseph only big enough for his mother to sit in with him on her lap. Eventually, Mark was smuggled out of the ghetto by his father as the men marched to work. He was hidden in the house of Franciszka Bil, a Catholic family friend, for 22 months where he had to remain completely quiet, not moving throughout the day. Mark remembers this time as harrowing, relating stories of hunger and bed bugs.

Franciszka also managed to bring food to Mark's father while he was in the Janowska labor camp. She was once caught by the SS and beaten. Mark's father intervened in order to save Franciszka. The SS planned to torture his father, but he managed to escape and found his way to Franciszka's home. Once there he contracted typhoid fever. He recovered with medical aid from the Polish Underground. In 1943, it was discovered that Mark's uncle, a member of the Polish military, had been murdered by the Soviets in the Katyn Massacre.

Mark's mother, Sidonia, had been hidden by a different Polish family. When they could no longer care for her, she was taken in by Franciszka as well. All three lived in a 10' x 7' room. After liberation, the family moved west, and when they were asked to register as displaced persons, Joseph changed their name to Strauss to sound more German. They spent some time at the Neu Freimann Displaced Persons Camp before immigrating to the United States on the S.S. Ernie Pyle in 1947.

Your ticket for the: Mark Strauss