The Virginia Holocaust Museum's Speakers Bureau is comprised of individuals that survived genocide and includes speakers from Belgium (The Holocaust), Cambodia (Cambodian Genocide) and Rwanda (Rwandan Genocide). It is the goal of the Speaker's Bureau to educate through the experiences of survivors and to personalize history. 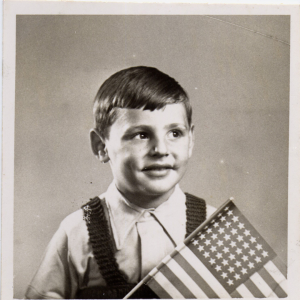 Roger Loria, was born in Antwerp on April 19, 1940 to Wolf and Margot Loria. After the Third Reich invaded Belgium in 1940, Wolf and Margot decided to flee the country for Dunkirk, France. They were caught while traveling and forced to return to Antwerp. Because Poland was also occupied, Wolf, still a Polish citizen, worried that his now stateless status would put his wife and child at risk. He decided to leave for France on his own with the hopes that Margot and Roger would follow at a later date. Wolf was caught in France and deported to the Drancy camp. From there he was transferred to Auschwitz in September 1942. (Click here to read Roger's full story.) 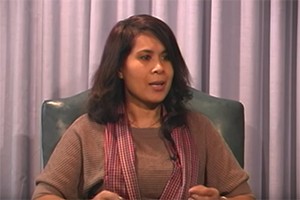 In July 1979, Amanda and her family had to flee their hometown in Cambodia to avoid the Khmer Rouge genocide where 2.5 million people out of the population of 8 million, were killed or died from starvation and disease. Their journey through the jungle was filled with danger.  They drank water with human bodies floating in it, ate food that was spoiled, and walked through rice paddies and grassy land infested with land mines and booby traps. Amanda and her family were separated from each other and it was not until they reached Thailand that her family was reunited in a refugee camp.  However during the journey Amanda lost 2 siblings to starvation and one brother was imprisoned for 7 years.  (Click here to read Amanda's full story.) 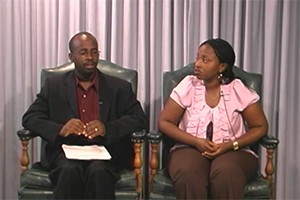 Jason Nshimye was born and raised in Rwanda. He is the Founder and President of the Human Rights and Justice Foundation. He has been an activist for human rights and crime prevention. Jason, at the age of 15, and his wife Francoise, at the age of 8, survived the 1994 genocide against the Tutsis in Bisesero, Rwanda. As public speakers, they share their experiences as survivors because they believe it is in everyone’s best interest to support victims and strive for forgiveness, peace, and reconciliation. (Click HERE to read Jason's full story.) 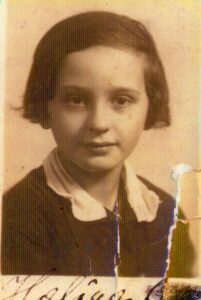 Halina Drexler (later Zimm) grew up in Lodz, Poland, with her parents and two sisters, Helen and Nana. In Poland, life was pleasant until Nazis invaded the country in 1939. The invasion closed schools and Jews were forced to wear the Yellow Star. Recognizing the eminent danger to his family, Halina’s father Solomon Drexler and his family evacuated Lodz and made their way to Zarnow. En route Nazis stopped the Drexler family, stealing almost everything that they had with them. In Zarnow, rumors circulated about the existence of concentration camps. Few people believed the stories; however Halina’s father did. He obtained two forged birth certificates for Halina and Helen. In November, 1940, Halina said goodbye to her parents, fearing then she would never see them again. Two weeks later, the Nazis arrived and deported the Jews of Zarnow. (Click HERE to read Halina's full story.)

*Please note we cannot guarantee a survivor will be available to speak to your group. Groups must include a minimum of 20 students. Students must be in grades 6 and up.  Please also note if the presentation is on Zoom or Google Meet it is the responsibility of the teacher to set up the meeting for the presentation.  It is also required that students have historical background knowledge of the specific genocide they will be hearing about (i.e., If you request Holocaust survivor Dr. Loria to speak to your students, they must have historical context of the Holocaust PRIOR to the presentation).  We also require that survivors are given 90 minutes to give their presentation (60 minutes for the survivor presentation and 30 minutes for questions and answers).

To request a Genocide Survivor, please email Megan Ferenczy at mferenczy@vaholocaust.org with the following information:

Your ticket for the: Request a Survivor Speaker