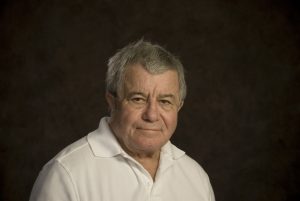 Theodore (Ted) Lehman was born July 25, 1927 in Sosnowiec, Poland. His family spent time in Zawiercie, the home of his maternal grandmother, and moved to Gdynia in 1934. When the Nazis invaded Poland, the family moved to Zawiercie to be together.

The family were forced into the Zawiercie ghetto in September 1941. Lehman survived while working in forced labor detachments until August 1943 when he was deported to Auschwitz where he received #139996. He spent several months in Auschwitz I, the “main camp,” before being transferred to Fünfteichen to be used as slave labor in the Krupp armament factory.

He was moved from Fünfteichen to Gross-Rossen where he spent several weeks and finally to Hersbruck. He spent his final months as a slave laborer digging tunnels in the nearby mountain as part of a project to create an underground factory for Bayerischen Motoren Werke (BMW). In the winter of 1944/1945, Lehman escaped Hersbruck during an air raid. He remained on the move until coming across a United States Army hospital.

He spent the immediate post-war period working with the United States military as a translator. He moved to the United States and took a job in a factory in Wisconsin in 1947. He later enrolled at the University of Wisconsin, where he received a Bachelor’s and Master’s degree, before joining the Army. After serving, he completed a PhD from Columbia University’s Russian Institute.

The date is September 1st, 1939, and it’s a normal day for 12 year-old Jewish Ted Lehman. He is visiting his grandmother in Zawiercie, Poland when word begins to spread that the Nazis are invading. In that moment and the years after, everything changed for Ted. The life as he knew it stopped and a new, horrible one began. 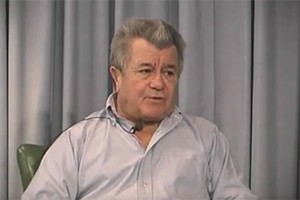 Your ticket for the: Theodore “Ted” Lehman