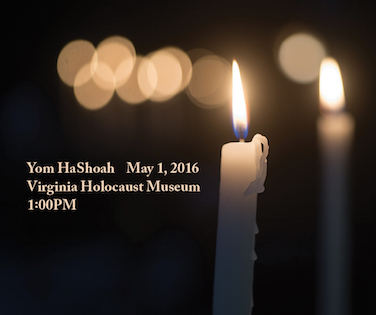 Every year the VHM pauses to remember and honor the memory of the six million Jews who perished in the Nazi Holocaust. This year the Museum’s Day of Remembrance will be held on Sunday, May 1st at 2pm.

We are honored to have author Timothy Snyder as our 2016 Yom HaSoah speaker. Timothy Snyder is the Housum Professor of History at Yale University and a permanent fellow at the Institute for Human Sciences in Vienna.He has spent some ten years in Europe, and speaks five and reads ten European languages. Among his publications are several award-winning books, all of which have been translated: Nationalism, Marxism, and Modern Central Europe: A Biography of Kazimierz Kelles-Krauz (1998, revised edition 2016); The Reconstruction of Nations: Poland, Ukraine, Lithuania, Belarus, 1569-1999 (2003); Sketches from a Secret War: A Polish Artist’s Mission to Liberate Soviet Ukraine (2005); The Red Prince: The Secret Lives of a Habsburg Archduke (2008); and Bloodlands: Europe Between Hitler and Stalin (2010). Bloodlands won twelve awards including the Emerson Prize in the Humanities, a Literature Award from the American Academy of Arts and Letters, the Leipzig Award for European Understanding, and the Hannah Arendt Prize in Political Thought. It has been translated into more than thirty languages, was named to twelve book-of-the-year lists, and was a bestseller in six countries.