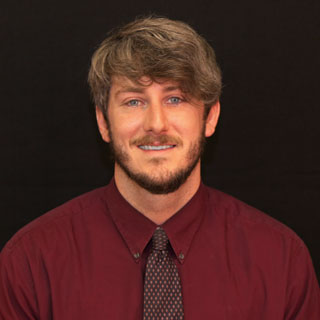 Matt joined the VHM in 2007 as a volunteer in the Library/Archives, working to catalogue and preserve Holocaust survivor testimonies. That same year, he was brought on staff as an office assistant. In his current position of Director of Guest Services, which he has held since 2010, Matt is responsible for scheduling (and often leading) guided tours of the exhibits, coordinating facility rentals and volunteers, and helping the education department with programming and outreach. He has also co-created a docent training program. Additionally, Matt has co-written two editions of the museum’s tour guide booklet and is currently co-authoring a new version of the docent handbook.

A native Richmonder, Matt is a 2003 graduate of Trinity Episcopal School. He then attended Rhodes College in Memphis, TN, where he graduated with honors in History and German Language.

Your ticket for the: Matt Simpson