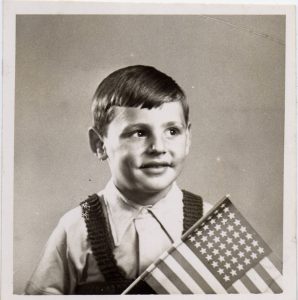 Roger’s first brush with danger came three weeks after his birth, in 1940 when Nazis occupied Antwerp, Belgium. His father, Willy, was a Polish national. Having worked in the diamond trade, he hollowed a toothbrush handle and filled it with diamonds – before he was arrested and deported to Birkenau.

Dina, Roger’s mother, searched for some way to save him. But when she learned that Nazis had come for her sister, Ann, her brother-in-law, Paul, and their 4-year old daughter, Régine, subsequently deporting them to Auschwitz, Dina fled on foot, with only a suitcase, Roger, and the toothbrush. They were caught and interned at Annecy, France. When trucks arrived to take inmates to the trains for deportation “to the East,” she again managed to escape. Similar events recurred numerous times. Following many coincidences and close calls, Roger’s courageous mother finally walked with him into Switzerland, just before his fourth birthday. A Swiss guard on the frontier lifted the barbed wire for them.

They lived in Switzerland until World War II ended and returned to Antwerp where Dina searched for their family. Dina’s gentile friend, Julienne, had rescued priceless family pictures and gave them to her. Roger is able to remember living in an attic, furnished only with a crate. Dina found work in a Home for Jewish Children where they lived until 1949, then immigrating to Israel. While living in Israel Roger served in the army and studied microbiology. In 1964, he continued his studies in America and ultimately settled in Richmond, where he lives with his wife and two daughters. Dr. Loria is a retired professor and researcher from the Medical College of Virginia.

When Roger Loria was born in 1940, Belgium was invaded by the Nazi Germans. He was only three weeks old at the time. So, in 1940, his family decided to try and flee from Belgium. Escaping with Roger was his father, Wolf Loria, his mother, Dina Maisel, his Great uncle Hiem, and his great uncle’s children. Roger’s family felt as if they were refugees walking down the streets. There was no food, and travel was very difficult on the road away from the Germans. Sadly the escape attempt was unsuccessful. Roger’s family, along with others escaping Belgium were caught in-between British and German forces at Dunkirk. The Germans forced the refugees back to Belgium. Ultimately, Brendan tells us that Roger’s family went into hiding to save him, allowing him to grow up to develop a successful treatment for cancer during his career as a medical scientist in the United States. This is Roger’s story. 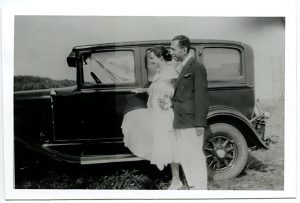 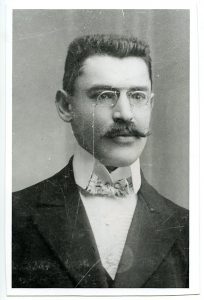 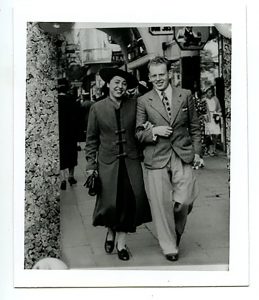 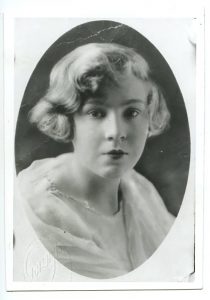 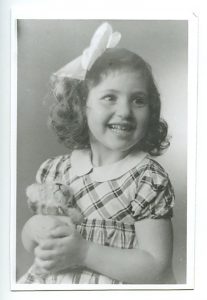 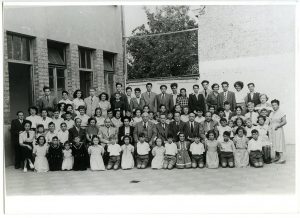 Roger with other children at the orphanage

Schedule Roger to Speak to Your Students!

Your ticket for the: Roger Loria