On Yom HaShoah, Holocaust Remembrance Day, the nation reflects on the horrors of the Holocaust when the Nazi regime systematically murdered 6 million Jews and millions of other innocents, including Roma, Sinti, Slavs, persons with disabilities, LGBTQI+ individuals, political dissidents, and many others.

At VHM we honor the memories of the victims everyday - we embrace and celebrate the survivors - and we commit to keeping alive the promise of “never again.”

Your tour begins outside in front of our building with a German Güterwagen - authentic “goods wagon,” or freight car, just like those used by the Third Reich to transport millions to their death.

As you walk to the front door, notice the shattered glass - a nod to Kristallnacht (Night of Broken Glass), which foreshadowed the fate of German Jews. Look down at the granite cobblestones lining the walkway, originally from Poland's infamous Warsaw Ghetto, and also notice the steel rails that led directly to the Treblinka extermination camp.

Once inside the museum, follow the train tracks painted on the floor, through our core exhibits which narrate the complex and sobering history of the Holocaust. And meet the Ipson family, who lived through the horrors of the Holocaust, survived, and eventually relocated to Richmond, Virginia, where they restarted their lives and thrived.

Other Museum Highlights Include: 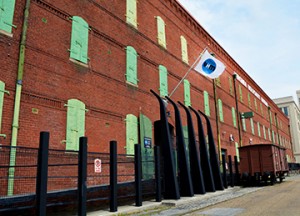 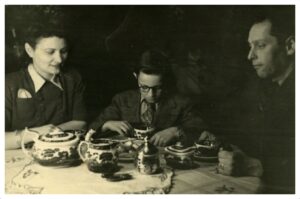 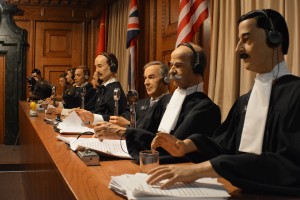 Your ticket for the: About