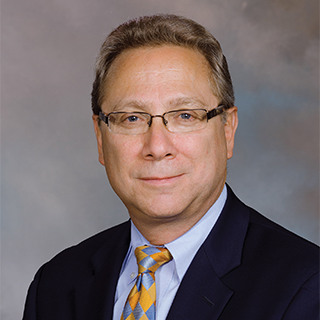 Mr. Asher has been Executive Director at the Virginia Holocaust Museum for almost 4 years. The regular attendance at the Museum has been on the rise since the building was closed for four months because of the COVID 19 pandemic. The Museum has had numerous Zoom programs including Yom HaShoah, concerts, TEI and a speaker’s bureau that has had Holocaust Survivors speak virtually in many classrooms. Most recently, the Museum hosted it first concert and in-person program with the opening of Violins of Hope on August 5, 2021.The Museum takes great pride in its role of spearheading the Violins of Hope RVA program and is presently involved in a capital campaign and master plan that will shape the Museum for many years to come.

Prior to joining the Virginia Holocaust Museum as Executive Director in 2018, Mr. Asher served as CEO of the Jewish Community Federation of Richmond where he served since 2010.  The annual campaign had increased significantly, Young Leadership Programming was re-energized and overseas missions increased dramatically.

During Mr. Asher’s tenure as the Executive Vice President of the Jewish Federation of Delaware a $23 million dollar capital campaign was completed, which built and renovated space for all of the federation’s local beneficiary agencies. Annual campaign and endowment efforts reached all-time highs.

He was the Executive Vice President of the Jewish Federation of Delaware for over eight years, and was Executive Director of the Hartford Jewish Federation for three years. He also led the St. Paul United Jewish Fund and Council for 10 years. He completed a two year term as Chair of the United Jewish Communities Intermediate Executives’ Group in 1999 and also served on the UJC Strategic Planning Committee and Executive Committee.

Mr. Asher served as Associate Executive Director in Kansas City for seven years and began his career in Ottawa, Canada as a Planning & Campaign Associate.

Mr. Asher and his wife, Michele, live in Manakin-Sabot, Virginia.  Their daughter, Anna, lives in Los Angeles and their sons, Adam and Zack, live in New York and Chicago, respectively.

Your ticket for the: Samuel Asher