Solomon Zimm was born in Kolo, Poland to Mencham and Shaina Ziemniak. He was one of nine siblings. During the Holocaust, Sol was sent to a number of labor and concentration camps, including Auschwitz and Buchenwald. Sol was liberated in 1945 after surviving a two month death march. After the war, Sol ended up in a Displaced Persons camp in Salgau, Germany. Sol believed he was the only survivor in his family, until he reunited with his brother Alan. Solomon came to Richmond in 1949 with the assistance of the Hebrew Immigrant Aid Society and the Thalhimer family. Sol met his wife, Helen, through his brother and sister-in-law, Alan and Halina. After the couple was married, Helen moved to Richmond as well.

Solomon Zimm, Sol for short, is the brother of Alan Zimm (one of our other featured Holocaust survivors this season). Alan and Sol were the only members of their family to survive the Holocaust, and Sol’s story is incredible. Sol was first captured in 1939 as part of the Polish army defending Hitler’s invasion, and was put in a POW camp. Afterwards, the Nazis transferred Sol from concentration camp to concentration camp throughout the war, spending most of his time at the infamous Auschwitz-Birkenau. There, every hair on his body was shaved; he got a number tattooed on his arm, and was dumped in a bath of lye to prevent the spread of lice. Seventh grader Grayson tells us that Sol’s survival is nothing short of a miracle, and it is one that you have to hear to believe. 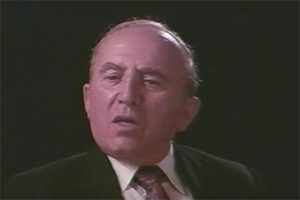 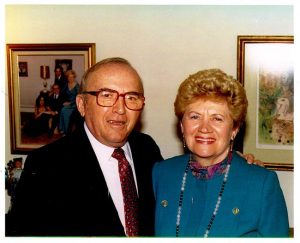 Your ticket for the: Solomon Zimm, OBM